Bottaro's race never stops. In the first half of 2018, the Italian company based in Milan increased by 18% its export of iron wire, compared to the same period of the previous year. A new absolute record. 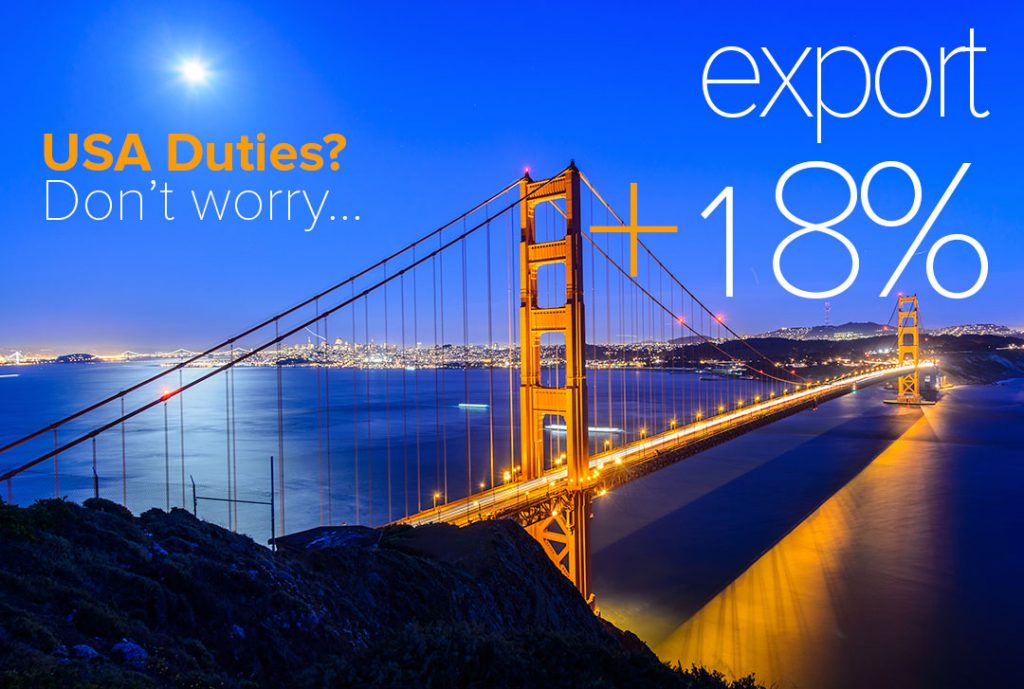 Despite duties, the United States are still the driving force behind this exponential growth. The request for BWG and BWR steadily increased since these products were launched on the market. In May 2018 over 6,000 tons, equivalent to 13,300k pounds, were produced and delivered worldwide.

The words of Eng. Alberto Bottaro, CEO at Bottaro Srl.

“Our new products have been highly appreciated by our customers, especially the ones dedicated to main specific sectors as hot dip galvanizing and recycling. BWR and BWG are the expression of the synergy between performance and efficiency, they became a reference point in the market. All our products are well positioned in the European, American and Asian market, and I am optimistic about the future “.

BWR and BWG are our best seller.

Also our BWB and BWZ are on the rise. “Our customers appreciate and follow us on our choice to produce using eco-sustainable methods and with zero environmental impact. +18% is the export growth in the first six months of 2018. Also the sale of our BWH have been pretty good, it still is the most used wire quality in the United States for the recycling sector, even if signs of a strong change are visible in the choices of American customers who, more and more attentive to efficiency and productivity, wink at the BWR. Bottaro’s best sellers however are BWG and BWR, the two products that thanks to their uniqueness in performance and safety distinguished themselves from the other iron wires on the market: the sale of these products reached the target of 30,000 tons in this half of the year (+8%).

In these six months, Bottaro sold 18,000 tons in Italy (+10%), the main market for the Italian company. In Europe and in the United States (+18%), despite the duties confirmed by Mr. President Trump, the sales progress is confirmed and it is on an upward trend, as the analysis of the order book for June-July shows. The American duties, introduced in March 2018 didn’t impact on our export, they have instead confirmed the loyalty of American customers and the interest of new customers who choose Bottaro for the distinctiveness of our product and services. Also the performances in the Australian market increased by +5%.